As per Adobe Analytics survey, US, Mar 2019 which was conducted on 400 organizations, 91% of respondents said that they were ready to make investments in voice enabled experiences.

This survey also revealed an interesting data that respondents were looking to prioritize voice experiences in their ecommerce app with definite “Call to action” in “Making a new Purchase” and for “Tracking Orders”.

If we look at just the US and understand consumer behavior and usage of voice in e-commerce applications, we will be surprised to know that In 2021, just over 45 million consumers from used voice technology for their shopping experience. This clearly shows how consumers in the US are preferring Voice enabled experiences for their ecommerce apps.

While traditional eCommerce apps enable consumers to shop from the comfort of their homes, there is still one thing missing –  human-like customer assistance.

Yes, there are customer support options for users to seek help from, but they are nowhere close to the in-store shopping experience where a salesperson assists them with their needs.

By equipping your eCommerce app with voice enabled experience, you can bring that human-like warmth to the online shopping experience. Smart, AI-enabled voice assistants can act like virtual salespeople and make the entire experience rich with personality, friendliness and personal attention. 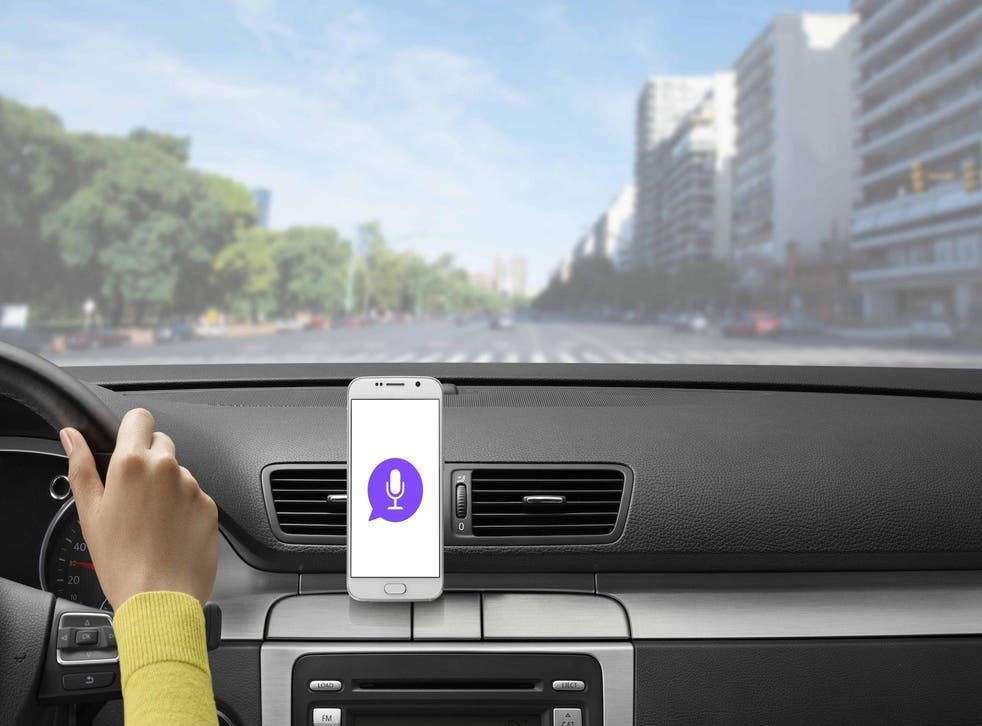 Speaking is definitely faster than typing, that’s a no brainer. Voice recognition technology also makes it possible for a user to conduct searches hands-free. To offer this convenience of fast and hands-free shopping, enabling your eCommerce app with voice is a good idea.

Here is an interesting study to illustrate how voice searches are getting popular globally. Way back in 2018, Google found that over 27% of the online population was using voice search on their smartphones. Out of those, over 60% of users were found to have contacted a business directly from the voice search results!

One of the most distinguishable features of voice-enabled eCommerce apps is the reduced number of steps required to take an action.

With a voice recognition feature in your eCommerce app, you enable a user to add items to the cart with one quick voice command.

Imagine there is a user who wants to place a grocery order. If they use a traditional eCommerce app, they have to manually search for a product, select its quantity, and add it to the cart. And then, they have to repeat the entire process for all the other products they want to buy.

Now imagine the same user placing a grocery order with a voice-enabled eCommerce app. They can simply say something like “add 2 packets of (brand) multi-grain bread to the cart” and it’s done.

Which one of the above two ways provides a more user-friendly shopping experience? You guessed it.

In fact, almost every action that a user wants to take on a voice commerce app becomes a single-step process.

If they want to track the status of delivery for an order or look for an invoice, they can just ask for it, without having to undergo the 3-4 steps required in an otherwise traditional eCommerce app. Similarly, checking offers, finding out the price of something, checking product availability and almost everything else becomes a single step process.

Personalization is undoubtedly an important contributor to customer loyalty. On the other hand, a lack of personalization may cause a business to lose its customers. According to the State of Personalization Report 2021, over 60% of consumers are likely to become repeat buyers for a retailer after a personalized shopping experience. Additionally, about 63% of the consumers said they would stop buying from brands that use poor personalization tactics.

While it has been pretty common for traditional eCommerce apps to offer features like “recommended for you,” personalization is still dependent on purchase history. Therefore, these apps cannot provide a personalized experience to a new user.

On the other hand, the use of advanced AI and NLP mechanisms in voice technology enables the app to accurately gauge the gender, age, language accent or even the mood of the user when they input a search query. Even though this information is still not specific enough to offer a perfect personalized first time shopping experience, it’s still a few steps ahead compared to non-voice apps.

Moreover, the potential for an AI-powered voice assistant to understand consumer behavior is much more polished than traditional systems of relying on purchase behavior. As a result, integrating voice experience in your eCommerce app can offer a much more advanced personalized shopping experience to the users.

In a nutshell, voice-enabled apps offer a faster, quicker and more convenient online shopping experience to users. In an era wherein consumers are putting the highest emphasis on advanced personalization, voice based experience can be your most powerful medium to enhance the user experience of your eCommerce app.

If you are planning to build an eCommerce app and need guidance on how you can integrate voice with it, we are here to help you.

iView Labs is a versatile team of app developers and business consultants with deep multi-industry expertise. Contact us here and we will answer all your questions regarding voice-enabled eCommerce app development.

To know more about iView Labs, kindly log on to our website www.iviewlabs.com and to get in touch with us with your queries and needs just write us an email on info@iviewlabs.com and sales@iviewlabs.com. Download the latest portfolio to see our work.

For years now, the role of frameworks has been to make the process of web development faster and easier. Over the decades, lots of front-end JavaScript frameworks have been launched in the industry but not many have stood the test of time. With strong corporate backing and innovative features, Angular, React and Vue have remained the top three players for quite some time now.

However, after the release of version 3 in 2019, Svelte suddenly started becoming a buzzword in the developer community. The Stack Overflow Survey 2021 revealed that Svelte is now the most loved web framework. It has also garnered over 55.7k stars on GitHub.

How did it become so popular so soon? What is so special about Svelte that the majority of developers love it more than other web frameworks?

Before we get to the answers, let’s first understand what differentiates Svelte from other popular frontend frameworks.

The Popularity of Virtual DOM in JavaScript Frameworks

When frameworks like React and Vue were launched, the web development ecosystem was thrilled with their virtual DOM feature. It was a new, more efficient way to optimize rendering changes in a web app.

With virtual DOM, you can create a memory-only version of the real DOM in your web app. Whenever there is a change in the state of your app, the changes in the UI are first shown in the virtual DOM while the actual DOM stays the same. Then, the framework compares the new virtual DOM with the real DOM, observes the changes between the two, and finally renders only the changed elements on the UI.

By doing this, you ensure that the entire UI doesn’t need to be re-rendered. Hence, the web app with a virtual DOM results in faster performance.

However, with time, it became evident that even creating a virtual DOM and comparing it with the actual DOM is quite time-consuming. There was still scope to improve things further and the creators of Svelte took that opportunity.

Rich Harris, the creator of Svelte, is a well-known personality in the developer community.

In a 2016 article, he claimed that front-end web developers were soon going to stop using JavaScript frameworks that work on runtime. He believes that these frameworks contribute to a larger size of the application. When a user interacts with an app built with a framework like React, Angular, or Vue, its performance is not only impacted by the network but also the JavaScript engine that takes too long to parse the code and interpret it.

Therefore, he strongly advocated for a framework that doesn’t work on runtime. And soon, he released Svelte – the first JavaScript framework that works as a compiler.

As a compiler, Svelte ensures that it compiles the application code at build time. So when there is a change in the app state, the browser directly receives the pre-converted Vanilla JS code instead of having to do all the work by itself.

In addition to reducing the work that the browser has to do, Svelte also ensures that there aren’t any shipping runtime or abstraction layers between the browser and the app. It’s almost as if the framework isn’t even a part of the app after the build process. That is why Svelte is also popularly called ‘the disappearing framework.’

In contrast to other JavaScript frameworks, Svelte significantly reduces the burden on the browser in order to keep the app state in alignment with the DOM. As a result, web apps built with Svelte have a much smaller app size and yield at least 30% faster performance than the apps that make use of virtual DOM.

Key Advantages of Svelte That Make it A Developer-Friendly Framework

One of the strongest features of Svelte is that it enables you to produce more with less. That is, you need to write a much smaller piece of code to create functionality in Svelte, compared to other JavaScript frameworks.

In fact, as proven by the Svelte creator Rich Harris, you need to write 40% less code to make a component using Svelte, as opposed to using a framework like React. This improves the developer’s productivity drastically.

Secondly, it’s much easier to bind classes and variables in Svelte and you don’t need to create custom logic every time you bind classes.

Moreover, state management in Svelte is much more efficient due to its built-in context API and svelte stores. Unlike many other JavaScript frameworks, you don’t need to employ a large number of third-party libraries to manage the application state.

Lastly, Svelte has a very simple syntax which is easy to learn for anyone who knows how to write HTML or JavaScript code. Compared to JavaScript frameworks like Angular and React, Svelte is much more beginner-friendly.

Svelte is an efficient front-end framework that helps build incredibly light and fast web applications. The concept of true reactivity in Svelte has already garnered a lot of attention from the developer community.

For now, the Svelte community is small but growing steadily. While many small to medium-scale apps have benefited immensely from Svelte, the framework is yet to be evolved in order to facilitate the efficient development and performance of large, complex apps.

However, from how things look currently, Svelte is certainly going to make it into the list of top three JavaScript frameworks in the near future.

Is Svelte The Right Choice For Your Project?

Not sure whether to use Svelte for your next project? Let us help you. We are a team of IT experts that has been creating the most efficient web solutions for over a decade now. Our consultants would love to discuss your project and suggest the most viable solution for your app idea. Just drop your requirements here and our team will get back to you at the earliest.

To know more about iView Labs, kindly log on to our website www.iviewlabs.com and to get in touch with us with your queries and needs just write us an email on info@iviewlabs.com and sales@iviewlabs.com. Download the latest portfolio to see our work.